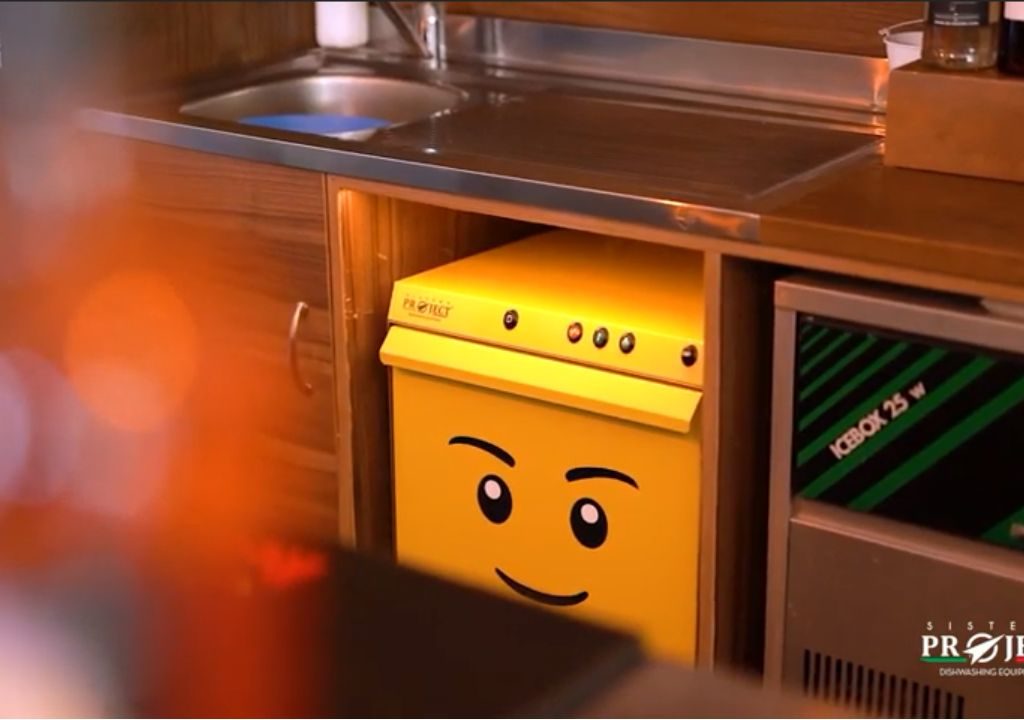 The name Stezionetta was born from a play on words and the idea of merging two concepts, the name and style of the founder, Stefano, and the place where the restaurant is located, a small former train station of the 1940s, in Castelfranco Veneto in the province of Treviso. Stezionetta, more than a restaurant, is a modern osteria, a place where different souls and passions coexist.

Passion not only for cuisine, but also for art, architecture, but above all for getting along well with people and customers.

The furnishings come from different eras and places, making the atmosphere of a vintage a little out of time. The style in which they cook is defined as ‘new traditions’, drawing heavily from the past, re-interpreting traditional recipes with novel and often surprising combinations, all accompanied by a list of organic wines that perfectly match the flavours and philosophy of the Stezionetta.

When the time came to change the dishwasher, the restaurant was looking for a commercial dishwasher that not only helped wash dishes, cutlery and glasses efficiently, especially at peak times, but also a machine that had a certain style and could fit into an environment full of creativity and passion.

Sistema Project Italia from this point of view played a fundamental role, providing both the ideal product from a technical point of view and a customisation service for the machine.

The machine installed is the freshwater Unica 40P, a dishwasher that guarantees customers the highest standards of hygiene and cleanliness. The Unica professional freshwater dishwasher is truly a top-class professional dishwashing system. It allows the dirty water to be drained off at the end of each washing cycle, so that in the next washing, there is only clean and fresh water in the tank. Furthermore, when used in energy-saving mode, the dishwasher consumes less and is good for the environment!

Sistema Project Italia customised the aesthetics of the Unica 40P commercial dishwasher by painting it with a shocking yellow colour, stylising the head of a Lego man on the door of the machine. The result exceeded expectations.
From a technical point of view, the machine works superbly, is fast and provides a greater level of cleanliness and shine to the dishes than any other dishwasher.
From a brand perspective, there is no restaurant customer who does not notice the presence of this machine: they ask for information and gets photographed all the time.

The custom Unica 40P dishwasher fits perfectly into the style of the Stezionetta, it is something that already distinguishes the environment and has contributed to making it even more unique.

Contact Sistema Project Italia for your new commercial dishwasher with customized aesthetics for your restaurant, bar, pub or club. We will be able to give you the best advice on what kind of dishwasher your business needs and customize it as you wish.