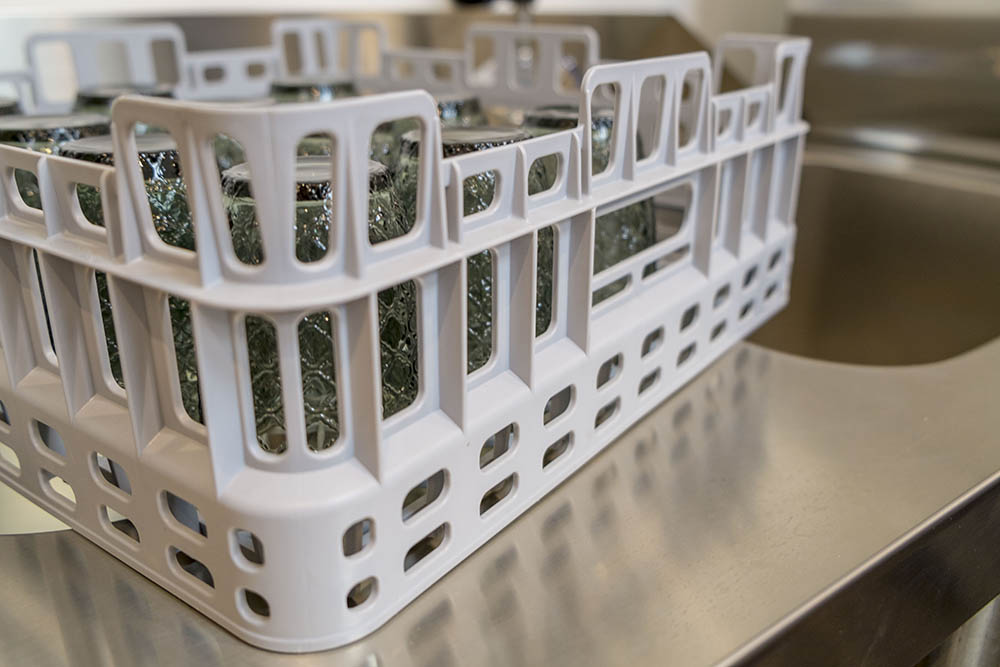 How the design of dishwasher baskets affects the washing process

The range of dishwasher cutlery baskets for professionaldishwashers for the Catering Industry that Sistema Project Italia offers for its machines has been designed and patented to guarantee the highest dishwashing performance.

The idea was born from the observation, inside the washing chamber, of how the flows and water jets reached, or did not reach, the dishware placed inside a classic dishwasher cutlery trays.

It was found that, even with a powerful water jet, it often did not reach the tableware effectively, which meant that plates, glasses and cutlery could not be cleaned properly.

The problem was the design of the cutlery basket. The classic multipurpose dishwasher basket did not allow the flow of pressurised water to pass through because it was blocked by the components and the holes in the dishwasher basket’s structure were too small. So we started thinking about how to improve dishwashing, increasing the cutlery basket’s performance while maintaining the solidity that these elements need, given the mechanical stresses to which they are subjected during any working day.

We started by redesigning the entire structure, starting with the base of the cutlery basket, continuing with the corners, and ending with the lateral parts of the dishwasher rack.

The aim was to study and design a new structure to create a new family of patented multiporpose dishwasher baskets, with an innovative design and high efficiency thanks to holes that could leave as much space as possible for the water jets produced by the dishwasher washing arms.

Once the prototype had been defined on paper, a number of samples were made, each with different, specific modifications. This was followed by the real washing test with a dishwasher.

The test was carried out under precise conditions in order to certify the improvement in washing performance:

The washing test was then divided into 3 steps, depending on the washing time:

At the end of each step, the results and the differences in washing between a regular multi purpose commercial dishwasher basket and a new one were analysed, achieving the following results:

If we consider that the test was carried out without using rinse aid and/or detergent, the final result is even more surprising, due to the high washing performance that this cutlery basket has demonstrated.